For the past 6 weeks our group has been split between two incredible experiences that have given us insight into the true Israeli experience. While one half has been at an army base in Sde Broker, living through a two month simulation of army basic training, the rest of us have been living next to a small beach outside of Haifa zooming through the city in our Magen David Adom ambulances as First Responders. It didn’t take us long to learn our way around… note for future travels: you get to know a place and it’s inhabitants MUCH quicker when you’re; A) driving up and down everyday, and B) not only allowed, but welcomed into the homes of complete strangers.

One thing that struck me early on about the Haifa and Krayot MDA stations, is the level of multiculturalism. I was completely shocked and amazed to see how they’ve integrated so many types of people into one effectively functioning ecosystem. (Preface: the only reason this seemed to be out of the ordinary, is because we are constantly exposed to the tensions between ‘Israelis’ and everyone else. We hear about endless disputes and acts of terror. Even living in Jerusalem highlighted a massive divide between the Jews and Arabs living there.)

My first experience with breaking down these preconceived notions was when I was assigned to a driver named Ibrahim who was a Bedouin. He’s been part of MDA for 10 years. He spoke Hebrew with me in the ambulance, and greeted doctors in the hospital in a mixture of Arabic and Hebrew – depending on their native tongue. He was such a kind and friendly man, throwing out hebrew phrases like “Chas veShalom” that illustrated his embrace of Israeli culture, which I’d never expected. That day we treated a man who fled persecution during the Holocaust at the age of 4, speaking only Yiddish and Russian. He managed to tell me in few Hebrew words that he was grateful every day for the state of Israel. This shift highlighted for me how important our country is, not only for Jews, but for non-Jews as well. Just seeing how excited Ibrahim was to take calls, as well as his care in helping the people of Israel made me incredibly proud. 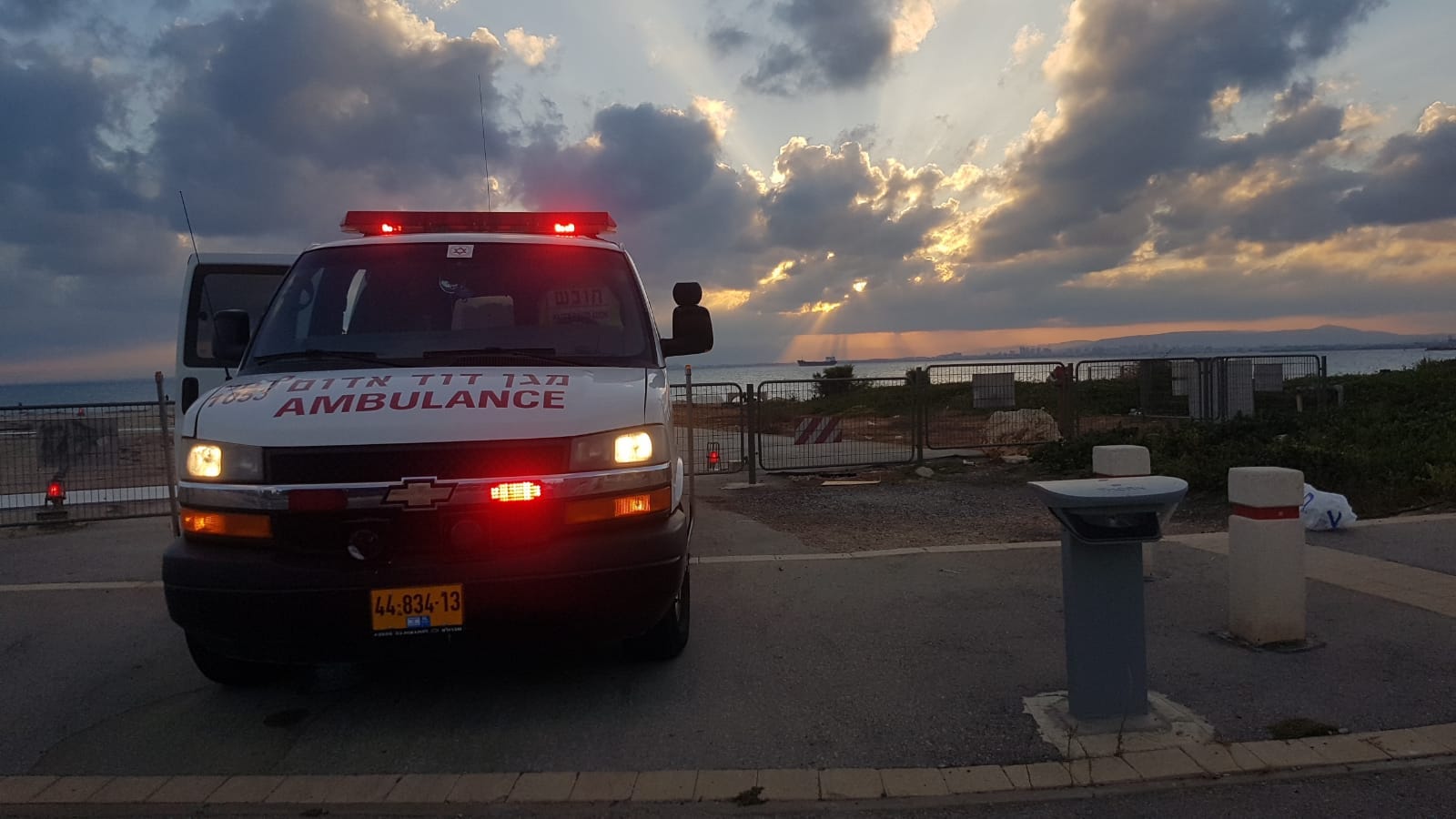 On another shift, we were called to the home of a 17 year old boy who had fallen and badly hurt his leg. I was so surprised to see him still in his MDA uniform from a shift earlier that day! His home was conservative, his mother pulling on her hijab as we arrived, and he had 2 of his Arabic friends from shift at his house. They decided they’d ride with him to the hospital to keep him company. The whole way there they spoke to each other only in Hebrew for our benefit, and still in uniform, helped me take their friend’s vital signs and fill in his forms. They were incredibly friendly and had so many questions about Australia!! (Yes it is VERY far…) This was also a massive revelation for me. I’d already marvelled at how willing Israeli teenagers are to volunteer for such an incredible organisation, yet I’d never expected kids of Arabic heritage to do the same! I later discovered that many opt to do a year of national service with MDA after finishing school!

One of the more visceral calls I attended was that of a 5 year old boy who had fallen off a skateboard in the narrow streets of his Ultra Orthodox neighbourhood. Seemingly hundreds of young children rushed to the ambulance to greet us. But I couldn’t understand any of them… they were all speaking Yiddish!!! The boy’s dad came with us for support and to translate the conversations back and forth between Yiddish and Hebrew. The little boy had a massive gash across his forehead, deep to his skull, yet he wasn’t crying and was completely calm, sporting a blood soaked face and payot. It made me so proud to watch his dad fussing with his son’s kippah, trying to affix it to his head without disturbing the bandaging.

All within this one region of volunteering we came in contact with so many different types of people, also including a blind man from Ethiopia and MANY Russian immigrants. It was most interesting to me to paint their lives through photographs, language and home decor — no two the same. Yet the most amazing thing is that once you arrive at the hospital, these differences completely disappear. Everyone is treated on mutual grounds. And this doesn’t only apply for patients! The entire ambulance team works together regardless of background and qualifications. Each person is treated respectfully in this region of model tolerance and acceptance. It is so beautiful to see, especially in a country that seems rife with tension from afar.

More than we learnt from the experiences of treating people in the ambulance, I think the real value came from the stories that were shared by the patients, volunteers and drivers themselves. Everyone has something to say. Even when their English is worse than our Hebrew, most embraced the challenge to practice or teach us something new. 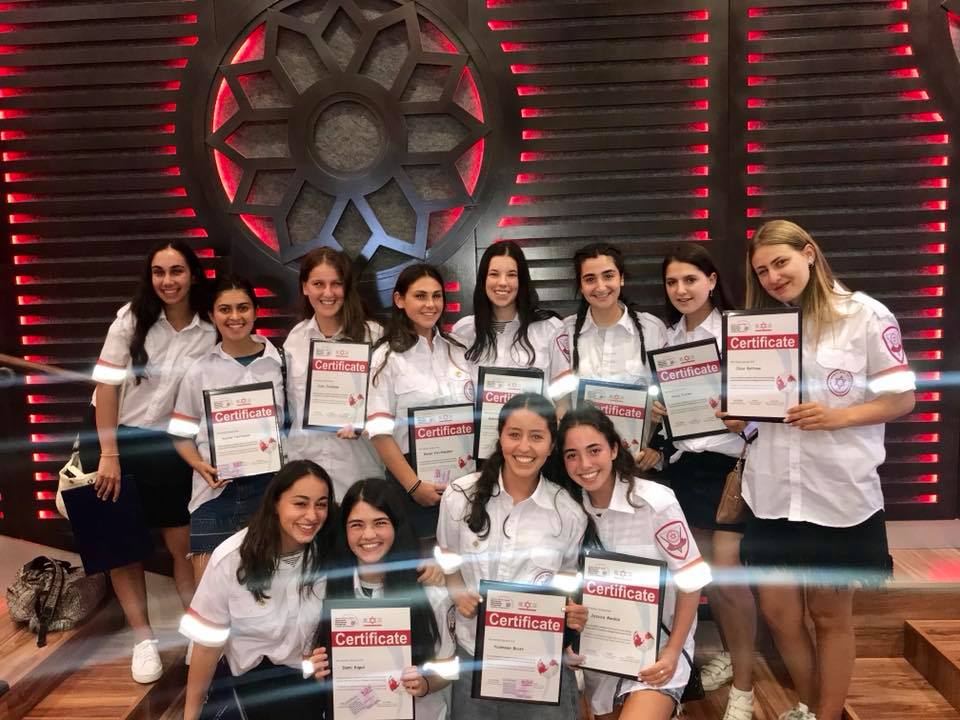 It’s often hard to feel as much a part of this land as Israeli kids do, as they dedicate 3 years of their lives to serving the state whilst we merely visit as tourists every few years. However, MDA gave us the opportunity to make a difference even without the language; holding hands with a scared patient, passing the driver vital signs on the way to the hospital or helping to carry the oxygen… becoming meaningful contributors to do our part for our country.

I can honestly say I’m so upset that this period has come to an end — I think our half of Limmud has matured and become infinitely closer as a group. I’ve learnt so much and am very grateful for the renewed perceptions I’ve been given on the diversity of Israel, to take with me to the rest of the world.