To try get an idea of how I should structure this blog, the very first MTA blog for 2020, I looked to last year’s blog entries to gain some inspiration. I realised this task may be harder than first anticipated when I saw that most of these pieces were 500-600 words. How can I possibly describe a whole month – a month crammed with intense learning, both formal and otherwise, new social opportunities and so much more – in such a concise manner? Despite this daunting task, I’m going to attempt to convey just how special this first month in Israel with Bnei and MTA has been.

The turbulent flights and ungodly arrival time at Ben Gurion airport weren’t enough to dampen our spirits, and the collective excitement to begin OzSem kept us all awake on the bus to Kiryat Moriah. In these first few days in the heart of Jerusalem, we formed and strengthened our relationships with our fellow Shnatties from interstate and, looking back, I cannot believe that not even two months ago, I didn’t know some of these people who would become some of my closest friends. OzSem was also a time where, due to the tireless work of our Madrichim and other educators, we were given an opportunity to gain an insight into the complexities of the Israeli-Palestinian conflict, the intricacies of the Israeli political system and the different political parties, the importance of Klal Yisrael and so much more. Before I left for Israel, I was a bit skeptical of the benefits of OzSem. For some reason, I assumed that it would be like any other seminar, but I could not have been more wrong. The lessons learnt and relationships made on OzSem is something that has already helped me navigate my year in Israel. 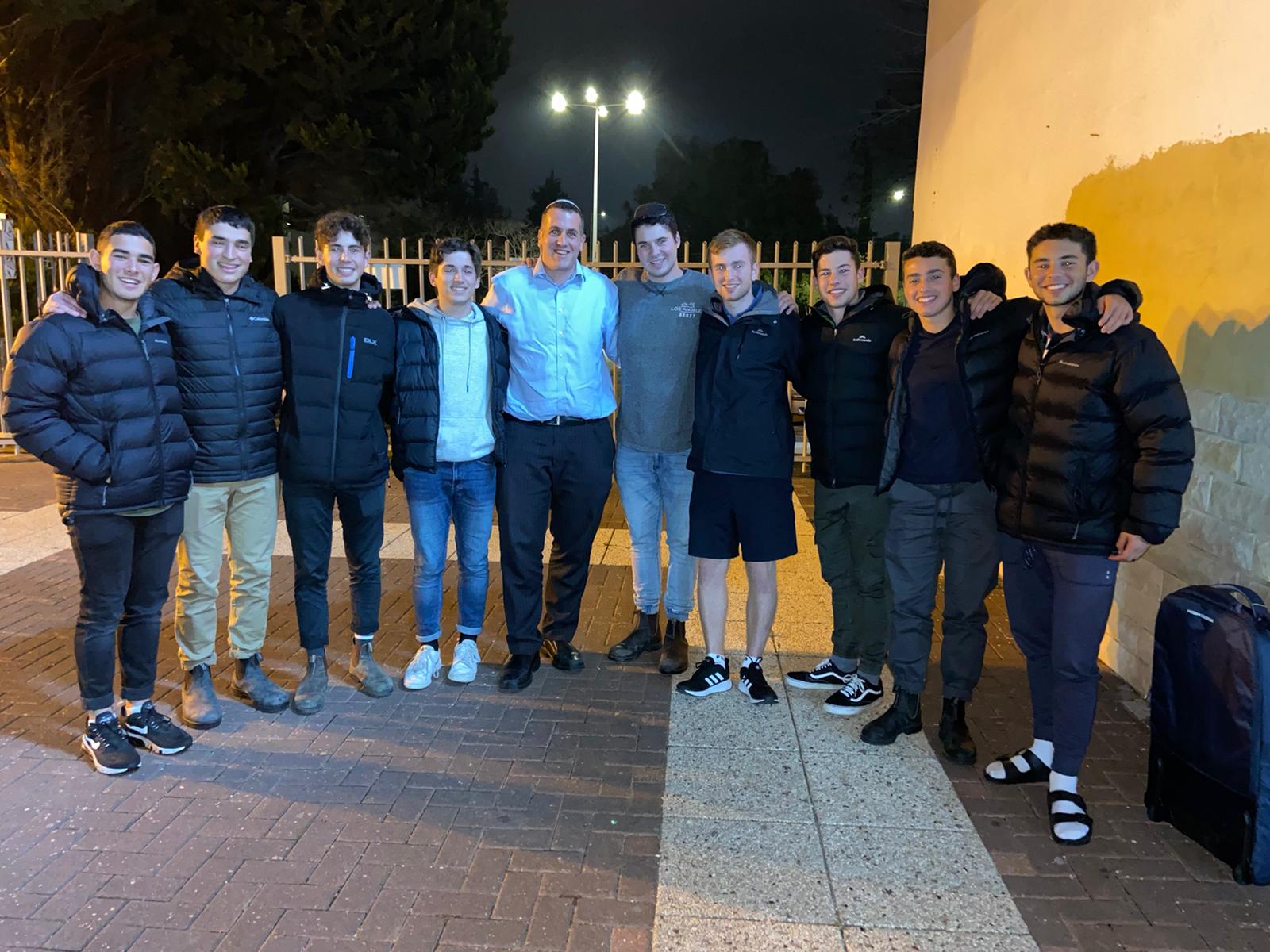 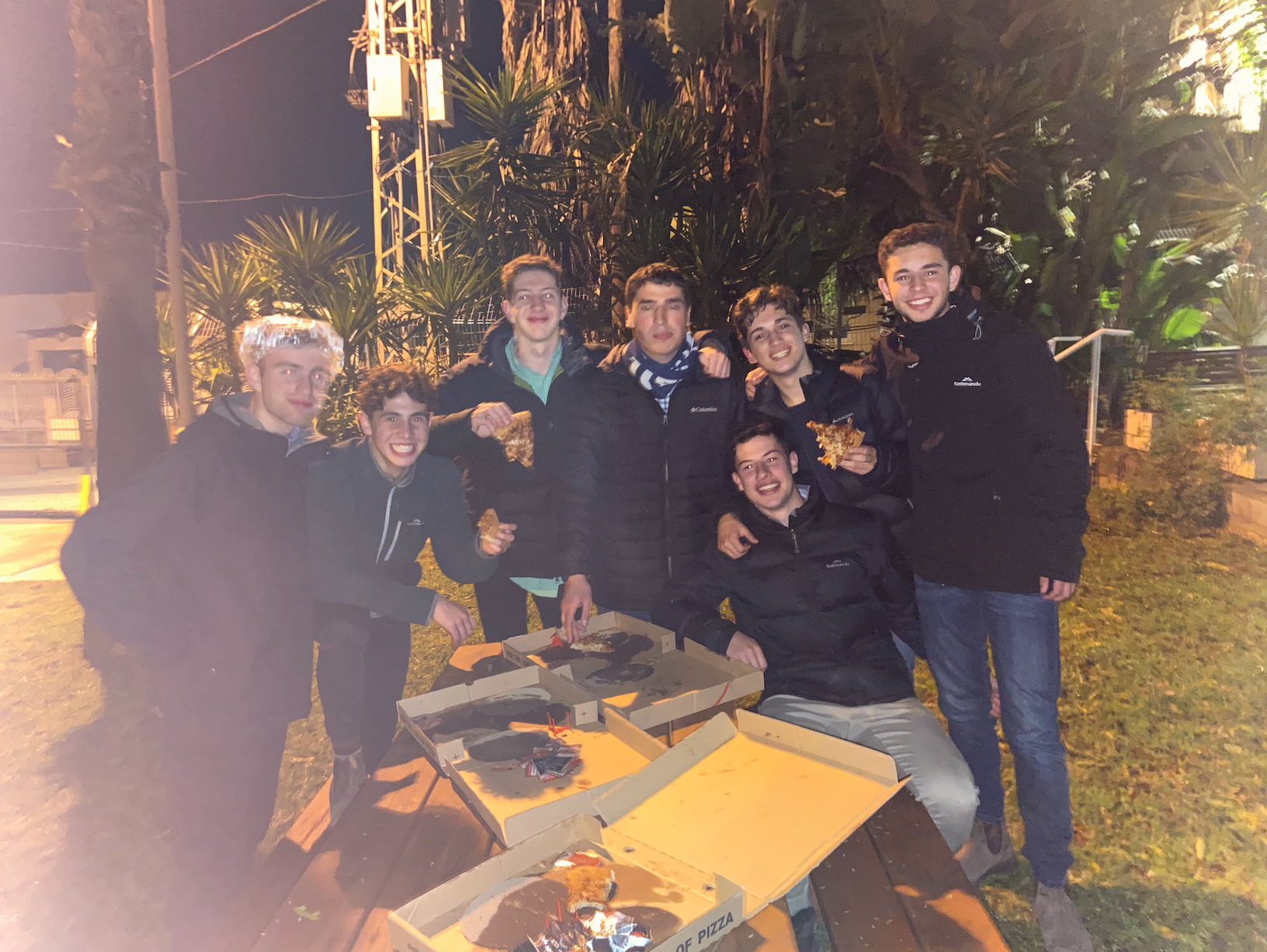 Next up was AZYC seminar. Similar to the beginning of OzSem, arriving at Maayan Harod involved a 530am wakeup and a dash to the bus whilst lugging along our suitcases in torrential rain. Thankfully, this was probably the only downside of the 4 day seminar. After meeting the Shnatties from the other youth movements, we explored Tel Aviv and all it has to offer – great food, Shuk HaCarmel, the beach and the street art. The tochniot made it considerably easier to ignore the temptation of staying in our rooms to watch the Australian Open, most of the time at least. Having dinner with Australia’s ambassador to Israel was undoubtedly a highlight, and it was an eye-opening experience to debate and discuss with members of other youth movements. Learning about, and engaging in, the myriad of ideologies, political perspectives and visions for the future (both Jewishly and for the world as a whole) held by the different youth movements strengthened my own beliefs whilst also encouraging me, and all Bnei members, to become more understanding of other viewpoints, even if we do not necessarily align with them. I think the fact that we’re still in touch with so many of the people who were on AZYC stands symbol of the successes of the seminar.

Our last seminar was Opening Seminar. The nervous excitement was almost palpable on the bus as we drove to meet our South African counterparts for the first time. It was definitely tough saying goodbye to our Limmud friends, but we quickly replaced them with our new friends from South Africa (jokes jokes). These nerves quickly subsided when we got to know them, quickly bonding on our walk to the old city and the Kotel. Over the next few days, as well as teaching the South Africans how to play footy and arguing over which country is the superior cricketing nation, we had a taste of the Yeshiva/Midrasha experience. The days were jam-packed with Shiurim and informal discussions with Madrichim, where they shared their own Shnat experiences and gave us advice on how to make the most of the year.

I’m probably a bit over the word limit, so I’ll finish by thanking the madrichim and other educators for all their work in making this first month so unbelievable. It is them who have ensured a smooth beginning in Israel, whilst imbuing within us a passion for Judaism and excitement for the year ahead.