Being in Israel over the past few months has been pretty special- special in light of the celebration of various Chagim and Yamim Tovim, but perhaps even more special due to an overwhelming feeling of achdut in the face of adversity, a solidarity I probably hadn’t experienced before.

I’ll kick this off with the three-week Bein Hazmanim holiday break my mates and I had in late March, which coincided with Pesach.
Thanks to a successful vaccination campaign, restrictions that had been in place for months were finally eased, meaning we could take on Israel in a way we hadn’t had prior opportunity to. We packed our hiking bags with the bare essentials and a leather Sherrin, and set out for northern Israel, where we hiked and galivanted about. Highlights included some beautiful mayanot in the Beit She’an area, experiencing famous Kibbutzim, ‘camping’ on the Kineret (we had no tents, only sleeping bags), strawberry picking (we made sure to rock up on empty stomachs), an Eitan Katz concert in The Great Synagogue, the Dead Sea, visiting the graves of the Rambam and other various Tannaim we had learnt the works of in yeshiva, and volunteering at a food packaging organisation.

Refreshed and ready to take on the next zman of learning, we returned to our institutions- I’m learning at Yeshivat Har Etzion- more commonly known as The Gush. Compounding this was the excitement of the newly arrived MTAs, who brought with them a really genuine enthusiasm.

This zman was the first time in over a year that the yeshiva was no longer required to operate under corona restrictions; plastic walls which previously separated different programs and age groups within the yeshiva were dismantled, and students were able to visit their Rabbanim in their homes. Something I’ve found exceedingly beneficial is being able to observe how my teachers and mentors engage with their spouses, children and the guests they entertain.

The removal of such physical and at times psychological barriers meant that when we had opportunities to celebrate together as an entire yeshiva together, we made no mistake doing so. Fortunately, we had plenty of opportunity, with blockbuster events such as Yom Ha’azmaut and Yom Yerushalayim, both unbelievable experiences where we celebrated in yeshiva at night and then spent the following day in Jerusalem.

Being an MTB (Shana bet for MTA), I’ve had a really unique and multifaceted learning opportunity: In the mornings I learn in chavruta with a fellow MTB and in the nights with a younger MTA, where we’ve had the opportunity to develop a symbiotic boger-tzair (mentor-protégé) relationship. Additionally, I’ve been fortunately afforded the opportunity to learn with an older Kollel student of the yeshiva in the afternoons, a time period in which we also have access to a multitude of shiurim tailored for second year students.

The recent conflict with Gaza has been well documented. Whilst it caused such immense pain and suffering to so many, I feel grateful to have been here to experience such an expression of achdut and resilience, where a whole people was able to come together as one, feeling each other’s pain and coming to each other’s aid. One of the more meaningful shabbatot of my time here was during this conflict, where the yeshiva hosted 15 families from communities in the South, that at the time were heavily affected by rocket-fire, allowing them to have a shabbas free from their bomb-shelters.

In a similar vein, the funeral (pictured) of the late Donny Morris z”l, a gap-year yeshiva student who passed away in the Meron tragedy, was overwhelmingly powerful and emotional. Hundreds of yeshiva boys and midrasha girls attended, the majority not having known Donny personally, to both comfort his family and each other. It was a night on which I gained much perspective- one that I will never forget.

As I write this, there still remains another month left of zman before my next Bein Hazmanim, in which I’ll hopefully tag along with the current MTA on their Poland trip and continue touring Israel with my mates, before returning to yeshiva for Elul zman.

Whilst I was merely tasked to write a blog showcasing my Israel experience, I really want to make a point to express my gratitude to my parents for affording me such an opportunity, especially in a year of such unpredictability and worldwide adversity- it wouldn’t have been easy sending a child overseas! Thank you- I will forever be grateful for the lessons I’ve learnt, relationships formed and experienced had in my time here. 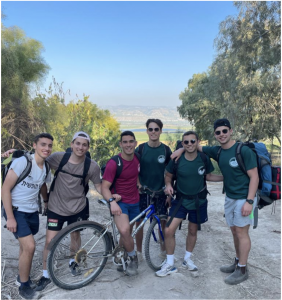 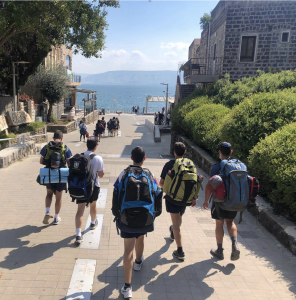 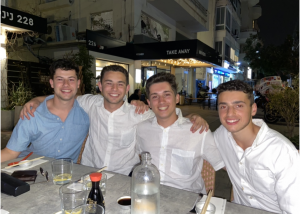 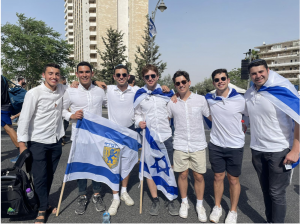 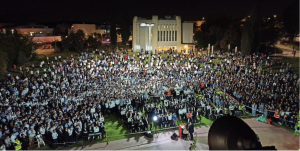 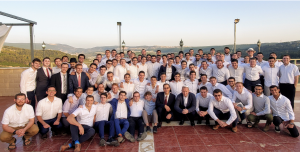