Months in the Yeshivah routine can be tiring. The time had come for us to get a break and give our minds time to breathe. But I don’t think this break ever gave us time to rest.

Travelling to Poland was a reminder of the sometimes harsh reality of being a member of our people. We experienced both the rich lives we led, and felt the burden of our great loss.

As we arrived, we were swept with a sensation of arriving somewhere where we had no place. The spoken language was foreign. The people, whilst sometimes kind, were to all of us complete strangers.

Our sleep routine was ruthless, scratching around 5 hours of sleep many nights to fit a packed day. 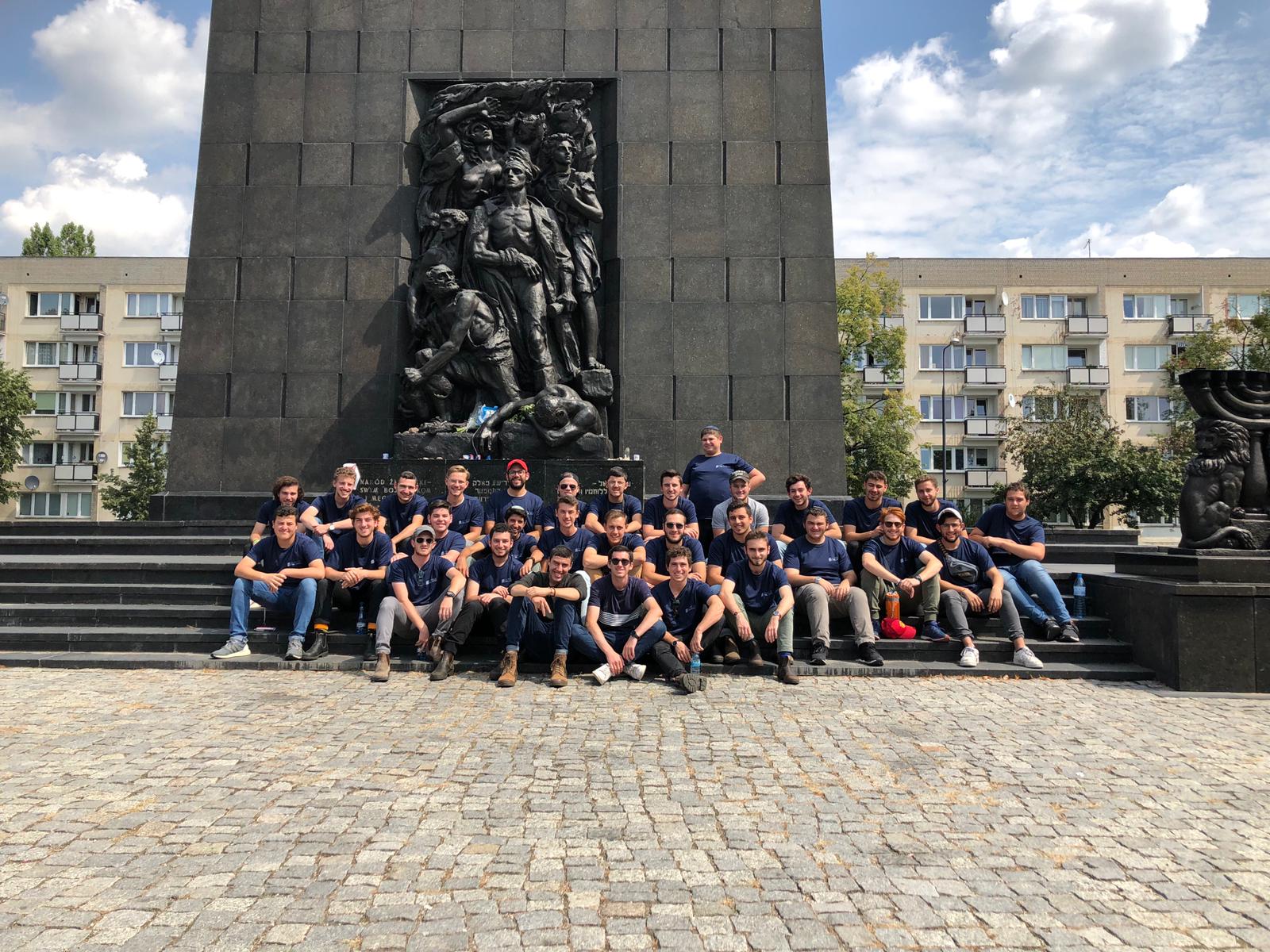 The first night we travelled to Kielce in our luxurious, leather-seated bus. That morning we visited the Kielce Shule and later stood at the location where tens of Jewish lives were taken by a mob of regular Polish citizens right after they had survived the depths of hell. Rav Raphi then introduced to us a subject we would tackle throughout the trip: the complicated relationship between regular Poles and their Jewish neighbours.

On Thursday night we stayed in, quite probably, the most luxurious hotel of our trip. Where we slept, that night was only a hauntingly short walk from the Auschwitz I labour camp. I think everyone was at least a little anxious for that next day. We entered with the ‘Arbeit Mach Frei’ looming over us, a moment which warned us that all the horrors we had seen in films and heard about in stories was very real and stood right before us.

Almost every Jew has a personal connection to that place. A large book titled ‘The Book of Life’ containing all the names of those who perished in the holocaust. I found my great-grandmother in that archive.

Having confronted the darkest depths of the camp, we walked out of the gas chambers to be greeted by an old Israeli man wearing a small grin. He explained that he was a survivor and in his time in the camp he was given the job of Sheis Kommando (cleaning up feces), due to the stench left on him, Nazis wouldn’t want to approach him to beat him up and this kept him alive. He recalled seeing his friends go through the crematorium and disappear on smoke. Yet, despite these difficult memories, he always wore a smile and always tried to remain optimistic. He taught as to always sing “Am Yisrael Chai,” to be proud of to be a member of the Jewish people and, as revenge on a regime who tried to drain away our happiness, to always smile. 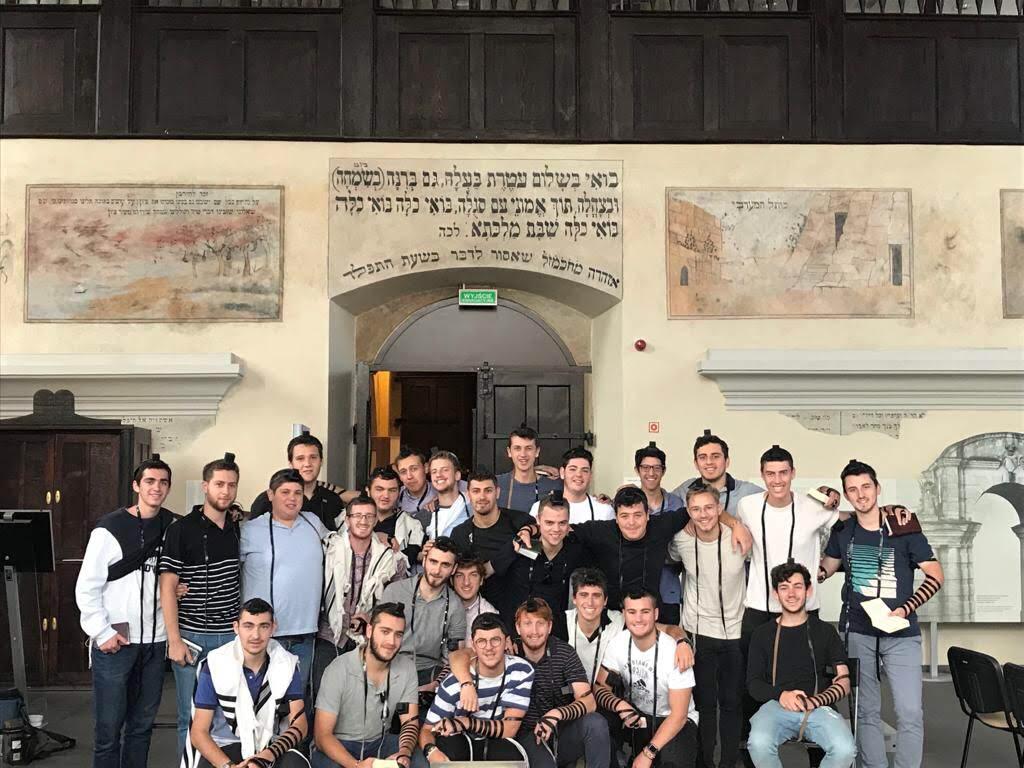 That Shabbat was spent in Krakow. I think we can all testify that it may have been one of the most spiritually uplifting Shabbatot we had ever experienced. We sung Kabbalat Shabbat with a few other Israeli school groups and there was an energy that filled the Temple Synagogue that night, brought out by our combined voices.

We took our Havdalah into the streets of Krakow and brought out Shabbat proudly in front of a curious crowd of Poles (beautifully sung by Eitan Chipkin). We joyfully sang and danced in front of them without shame or embarrassment. Our Jewish candle will never burn out.

Throughout the journey, we visited the graves of Chassidic masters including Reb Naftali of Lufshitz, Reb Elimelech of Lezinsk and the Maharshal, as well as great Mitnagdim as The Rema, the Vilna Gaon, the Netziv and Reb Chayim of Volozhin. 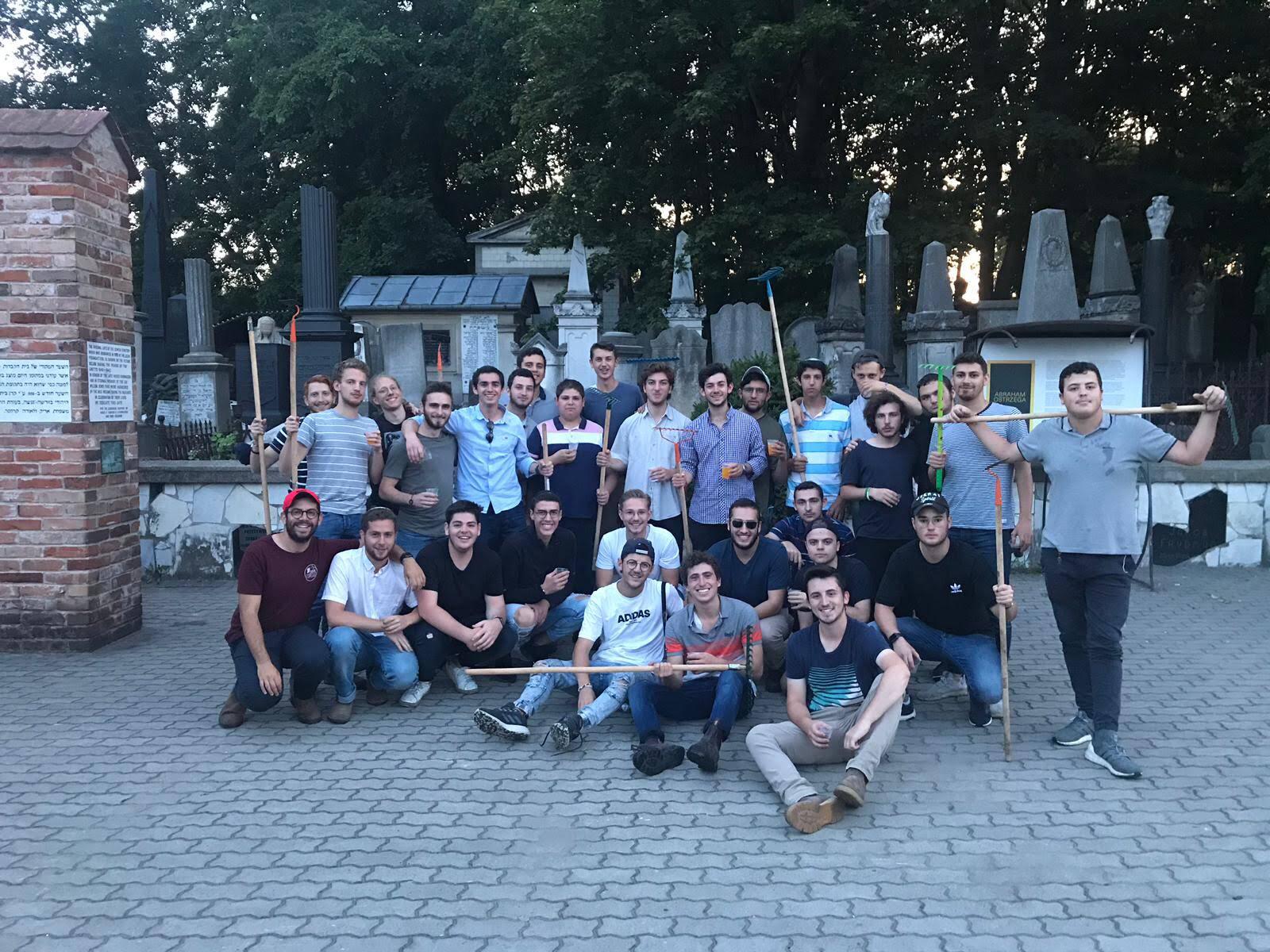 We returned to Israel and bussed immediately to the chanukiah sculpture outside the Knesset, erected as a reminder of the great loss we suffer when the Jewish people don’t have a state.

We stood proud (and exhausted) to belt out a final Hatikvah and bring our draining and uplifting journey to a close.

Kibbutz Ein Hanatziv was a stark contrast to our experiences in Poland. The weather we had previously been exposed to was cloudy, and gloomy with rain every so-often. Here, the sun left us under a cruel heat. It was difficult to remain outside for an extended period of time, unless you were swimming. Every day, we would wake up early and work in delegated jobs for a few hours and then we would have the rest of the day free to relax. After a disappointing cancellation of the kibbutz Tennis open, we reverted to an intense volleyball competition. 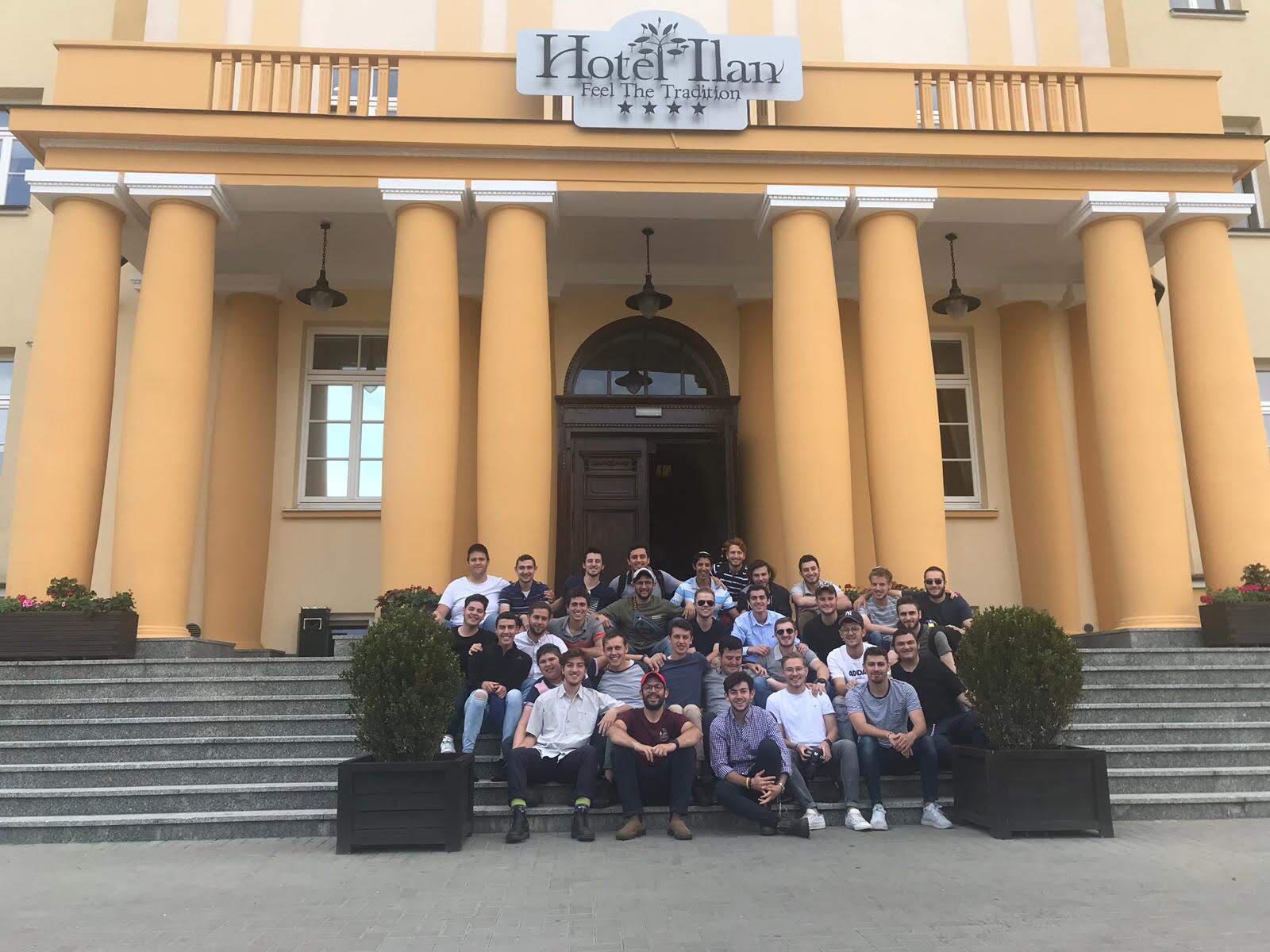 Our time on Ein Hanatziv really helped us bond and grow together as a group, building off of our time in Poland.

Zionist seminar gave me a sharpened sense of my religious-Zionist identity. We opened with a powerful tour of the Har Hertzl cemetery. Visiting the graves of both significant figures in Israeli society and rookie soldiers whose identities remain unknown, all sacrificing the entirety of their beings for the sake of our people. Rav Sharon Shalom, an Ethiopian Alumnus of Gush, gave us an insight into his journey adapting to Israeli society whilst retaining his cultural identity. He spoke with an electric passion and sense of humor.

I thought this period would give me well needed break, but when I returned after this jam-packed Kayitz Zman, I came back more exhausted then when I had left.