The start to the year for the Aussies was a tough one, with exhausting flights and subsequent jetlag, not to mention a nine and a half hour layover in Bangkok for the Sydney Shnatties.

Arriving at Ben Gurion was an indescribable feeling and heading straight for Jerusalem was all I could have asked for (unlike the food I would soon have to eat). OzSem was a gem in the realm of socialising and getting to know all of the Australians before having to split up into Limmud and MTA. Personally, I appreciated the classes we had at Kiryat Moriyah and found the information very relevant and engaging. With regards to the food, it was edible and that’s all that matters.

After 5 days of awesome learning and exploring in Jerusalem, we packed up and left for AZYC Sem where many opinions were either formed, strengthened or crushed. Nevertheless, I believe that AZYC was a time of bonding for Bnei Akiva as a movement. The seminar consisted of pe’ulot that aimed at finding the commonalities between the youth movements involved (namely Zionism). They were at times controversial, however, I believe effective on different levels for each person. Personally, I found it to be a social environment and it was quite fulfilling to make friends with people who share different values. I made friends during meal times and learnt a lot about the ideologies that the other youth movements embody. We also had the privilege of taking part in a Shabbat Gala dinner with world representatives from some movements and the guest of honour being Chris Cannan; Australia’s Ambassador to Israel.

Leaving AZYC Sem was particularly difficult as we had to say goodbye to our new friends and more importantly our friends from Ozsem, this being the point that Limmud and MTA split.

We bussed back to Jerusalem and picked up the South Africans from the Bnei offices. Everyone was in a craze, trying to meet each other whilst also being ushered onto the bus so that Limmud Sem could get underway. After settling down at our fancy accommodation, we began Limmud Sem which begun with hearing a frighteningly busy schedule. We had talks and the odd tiyul every hour, no joke!

This made us all appreciate our downtime in our lovely rooms, a false and misleading precursor to kibbutz, whose accommodation can only be granted one star out of pity. All is forgiven, however, as kibbutz lunch is the best thing to have ever existed in the history of the universe.

Arriving at Kibbutz Ein HaNatziv was a warm experience, especially due to the fact that the difference in temperature was about 15°C more than Jerusalem. 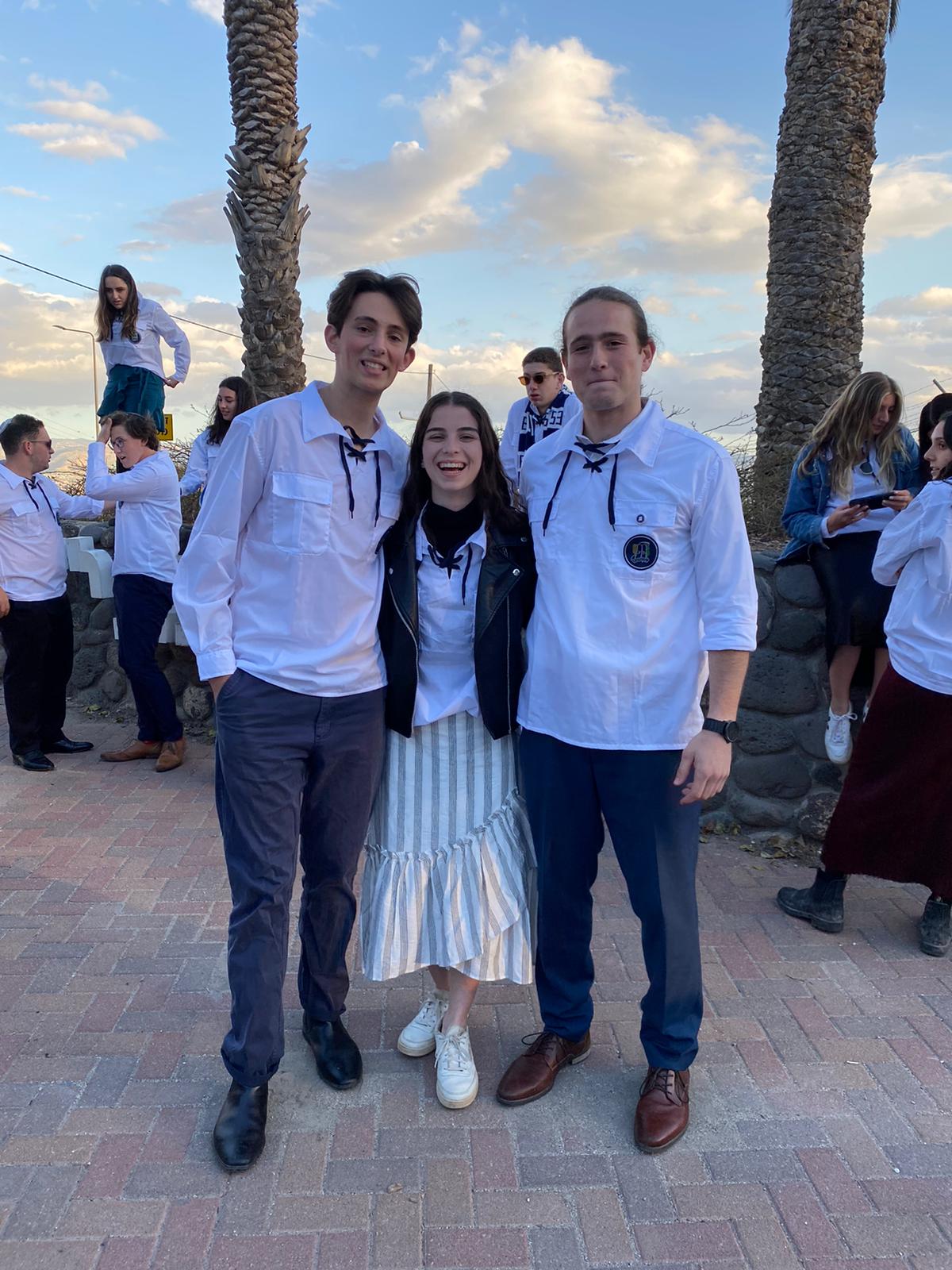 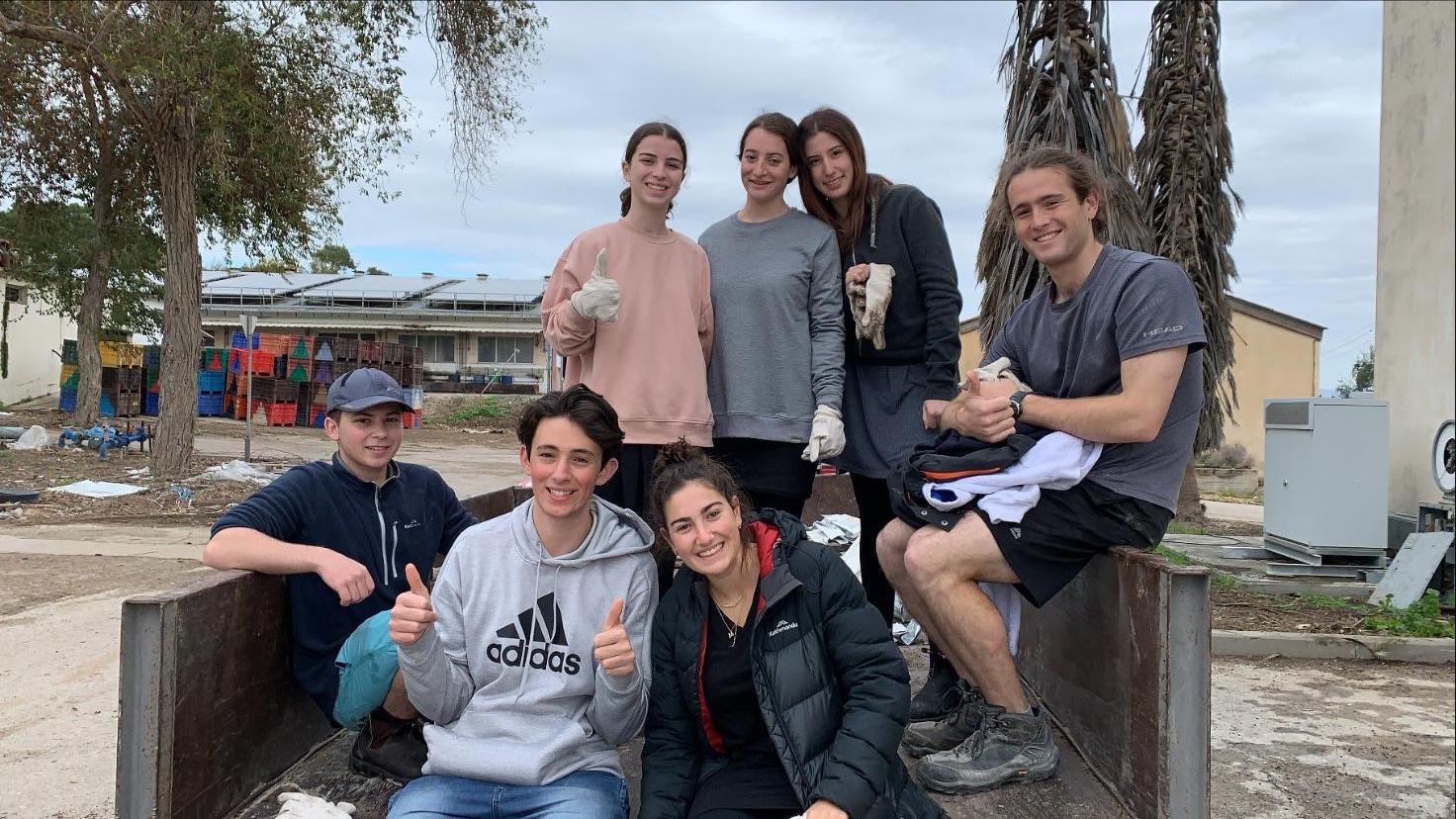 Since our arrival at kibbutz, everyone has found some form of routine and it is due to this that I shan’t recount the past 4 weeks, rather I shall give a rundown of our schedule. Sunday through Thursday is the working week and we are expected to arrive on time to our jobs on each of those days, unless we have a tiyul or it is a public holiday. The starting times vary from 6am – chickens to 8:30am – baby cows (which for some reason aren’t called calves??). We all wake up in our own time to allow for shacharit/brekky before beginning our days of work. Depending on the job, finishing times vary from around 10:30 – chickens to 2ish – kitchen. Afternoons consist of either Ulpan, Beit Midrash, lessons, talks, toranut or any combination of the aforementioned. Dinner is always gourmet, homemade dishes that are handcrafted by the most talented collaboration of madrichim and chanichim. After dinner we either have tochniot, bogrim talks and then we are free to go to sleep.

Some things we have done on off-days include a Tiyul to the Tavor mountain (stunning views all round), visiting Sachne (which flaunts a gorgeous, warm spring/mayan and has fish that eat the dead skin off your feet), Chessed market (volunteering to pack food for less fortunate families) and Tiyul Chermon (skiing etc.).

To sum it all up as best as possible, Limmud has been a whirlwind of experiences and lessons learnt thus far, providing us all with a wealth of knowledge about the land from both a Torah perspective and from a literal perspective. I’m so looking forward to continuing my journey, learning more and more each day and getting to know everyone better!!