At the end of may the boys and girls of Limmud went their separate ways, to Yeshiva and Midrasha respectively. The girls were off to the great Midreshet Lindenbaum, and, unfortunately due to the ever-changing situation at hand us boys could not go to the originally planned Machon Meir – but rather we began at the Yakar Facilities in Katamon.

As us boys settled into our new home on Dostai, we were welcomed by MTA’s very own Kobi Greenfield, as our new coordinator for our month of learning. We began by getting straight into a Sugya of gemara on Lulav HaGazul Ve’Yavesh. We learnt our way through the Gemara, then onto the Mishna and Tosfot. On alternate mornings we were fortunate enough to have Rav Krengel of the Gush to teach his very own course on spirituality and his very own words ‘core living’. The morning Shiurim took us to lunch where we would be in charge of buying and making lunch for the group, under the guidance of our Mad, Natan. This proved to be quite the experience for us, I guess you could say we missed Mizza helping us cook. The afternoon classes saw three shiurim taught by great minds – shout out to all you legends. These shiurim were specialised to cater what we wanted, such as Emunah, Kashrut, Jewish philosophy, Practical Halacha (such as electricity on Shabbat, Lab grown meat, piracy and many more). 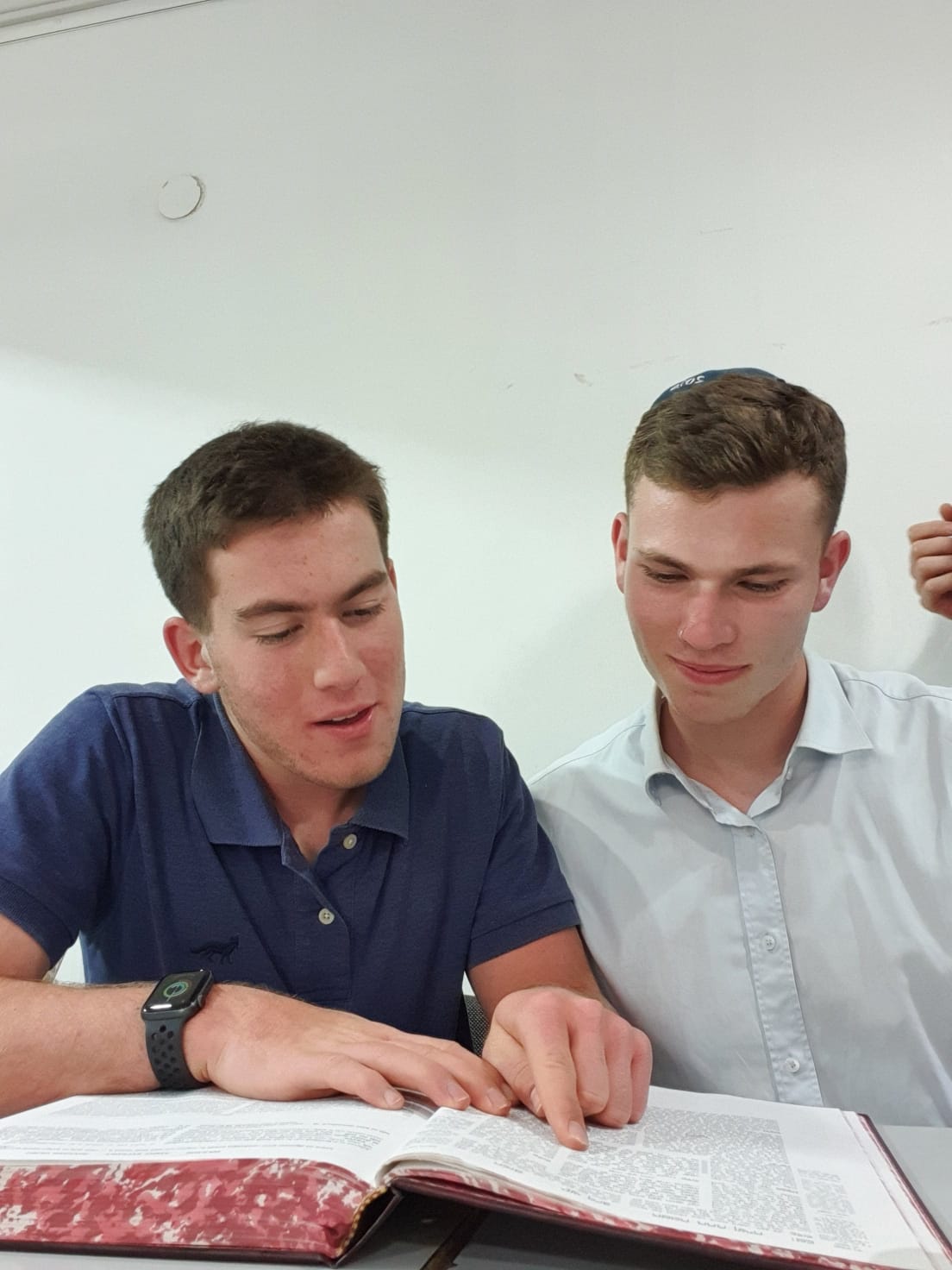 However one week into Yakar, we were informed that we will be moving to a classroom in a Midrasha that had temporarily shut down, this move saw a lot of skepticism at first, but quickly showed many more benefits, like not being in the basement of a Shule and having a working air conditioner as well as the beautiful location of Emek Refaim. We then were generously given a free weekend – while carefully following the strict guidelines laid out to us by the Madrichim. For some this was a long awaited time to reconnect with the girls, for others it was a nice time to relax in the apartment and others to see family. The following week was filled with laughter (that got us in trouble from the neighbours for being too loud) soccer games, basketball and tiyulim to nearby attractions such as Ir David, which we happened to be the first group since the beginning of lockdown in April, Hezekiah’s tunnel and Ein Lavan.

The following Shabbat was an ‘in’ Shabbat that brought the new experience for some, being the street minyan. It is quite the melting pot of Israeli people. Some were skeptical of us, some were very welcoming and even offered us herring after Shacharit. We were disappointed to find out that there was no herring, but still struck up a couple of good conversations with the old fellas of Katamon. 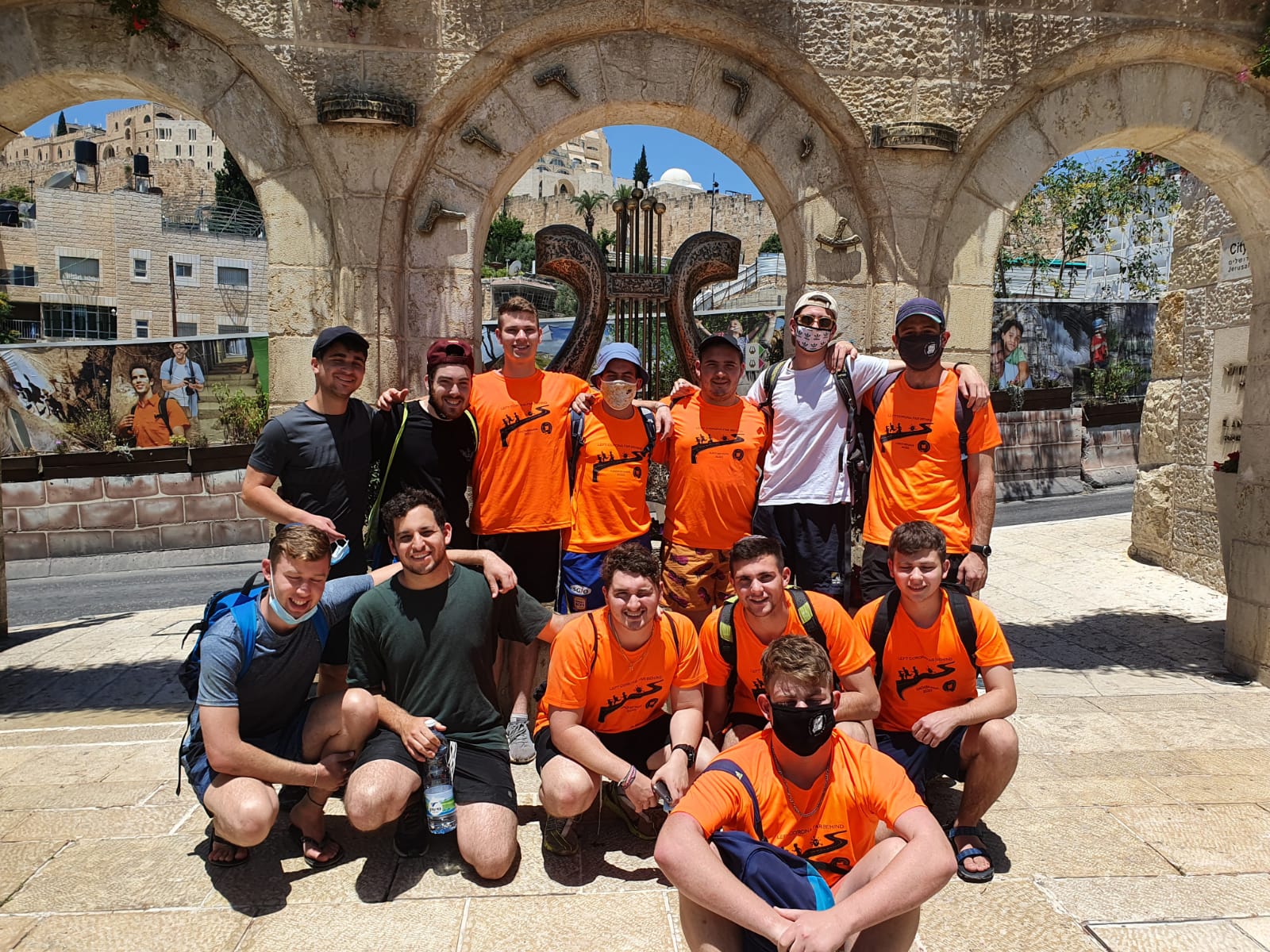 After being fed up with the lack of quality in the dinners we were having there was a decision to make a master chef style competition amongst ourselves. This proved to drastically improve the quality of dinners, in teams of two we were tasked to create a dinner that would be rated by the others on taste, presentation and overall experience. From romantic candlelit tables to shuk style shawarma, we had everything. We are yet to find out which group won.

The period of growth of learning then came to end which took us into a group Shabbaton in the old city. After a long awaited couple of weeks it was great to finally be a whole group again. On Friday night we had a wonderful moonlit Kabbalat Shabbat overlooking the Kotel followed by dinner in the HaRova dining room. The boys then cured their separation anxiety from Kobi by having a tisch by the kotel with him. This wonderful weekend saw us into the new month and a week of Chofesh.

See you next month!